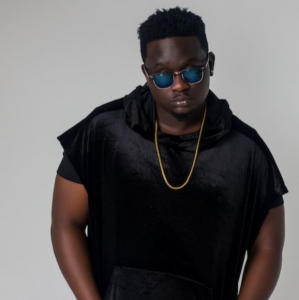 If there are vocalists better than Wande Coal in Nigeira, they must be very few. The Black Diamond turned 32 yesterday October 18 and in his honour, we’ll looking back at the ten of the songs that have defined his career.

No, it technically isn’t Wande’s song but it was still Wande’s song. Flavour was able to hold his own on the high energy track but as usual, Coal’s vocals were the real star of the show.

Wande Coal’s ability to create songs that are not only catchy but refreshing has set him apart throughout the years. Ashimapeyin is one of those party starters that will move the crowd any day any time.

Speaking of party jams, You Bad is the throwback song that will raise the roof of any Nigerian. The dance ready production and the easy sing along lyrics make it one of the more iconic Nigerian dance anthems.

A significant number of artistes who started out about the same time as Wande have faded away. This is because they don’t possess the ability to reinvent their sound the way Coal has been able to. This Spellz produced track shows Coal’s mastery of his craft as he is able to adapt to the new wave while keeping his unique style.

Many of his fans believe that Wande made his greatest songs when he was working with super producer, Don Jazzy. While this train of thought is generally up for debate, ‘The Kick’ is one of those songs that just makes you miss the dynamic duo.

Wande’s Mavin’s track, Rotate, was without a doubt one of the biggest tracks of 2013. Don Jazzy and Wande Coal, it seemed, had really mastered the art of making Nigerian pop music and this song proved it. It would be one of their last songs together and definitely one of their strongest.

Mushin 2 Mohits is an iconic album for a number of reasons and without a doubt, Bumper to Bumper is perhaps the most iconic jam in modern Nigerian history.

Yes, pop songs should be raunchy and sexy but many times they are too intimidating and that can be a problem. One of the reason Wande Coal’s music is adored is because he knows how to make a suggestive track accessible and ‘Private Tips’ is the perfect testament to this.

Nothing makes a memorable pop tune like a memorable catch phrase. Wande seems to have an unending supply of these catch phrases and when he couples them with brilliant production, you can expect nothing but a smash.

We just put all the Mo Hits fans in their feels with this one. Booty Call was one of many exceptional Mo Hits posse track but what made this particular stand out was the fact that Wande was the captain of the ship. The way Wande sings about backside will have you feeling some type of way.