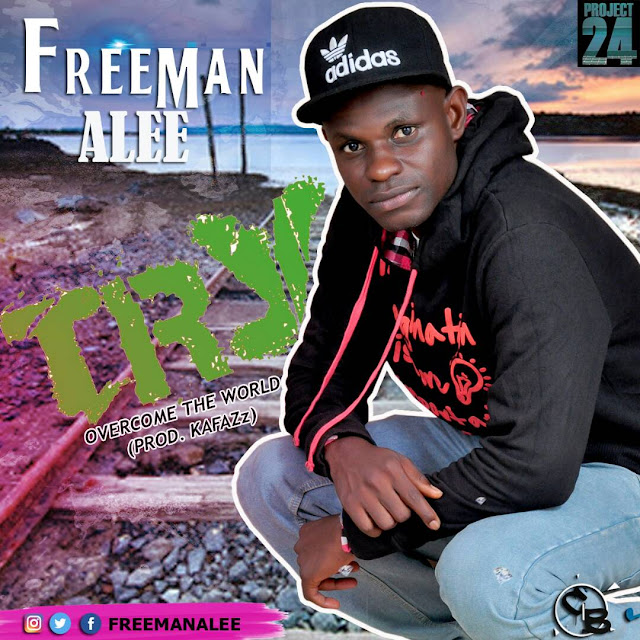 Reponding to the public demand following his hit singles *Boy*  and *Morire,* *FREEMAN**ALEE* aka The Rap Galactico is thrilled to announce the release of another overtly anticipated hit single *TRY*

enjoyed heavy dose amount of airplays in both online and offline radio station by OAP’s across the nation such as in Kano, Lagos and Abuja.

*TRY*, a motivational and inspirational masterpiece, seeks to empower each and everyone of us having little or no Faith in ourselves. A self belief and self discovery song aiming to push us further on overcoming the world and it’s trouble s

*FREEMAN* *ALEE*,a rapper and a song writer, from the northern part of the country has been a rapper/musician all his life. His unique style of rap, piqued by *EMPEROR JAGZ* himself, reaches deep for a soulful expression of values in a troubled world.

Inspired by rap legends like *KOOL* *G* *RAP* and *BIG* *PUNISHER,* *FREEMAN* *ALEE* seeks to up the Hip/HOP and rap ante with a combo of a unique cloning style of Rap and Soul form of singing melody.