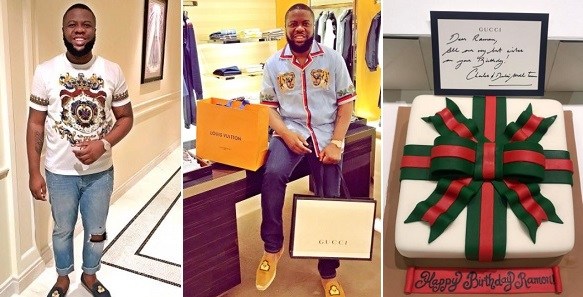 Malaysian-Based Nigerian Big Boy, Hushpuppi, who became a viral sensation for flaunting his luxurious lifestyle on Social Media, has revealed he’s received a Gucci-Branded care from the Gucci store in Dubai.

He shared photos of the cake and wrote; “Thanks so much @gucci for this special. God bless you guys at the Dubai Mall Gucci Store!!!” 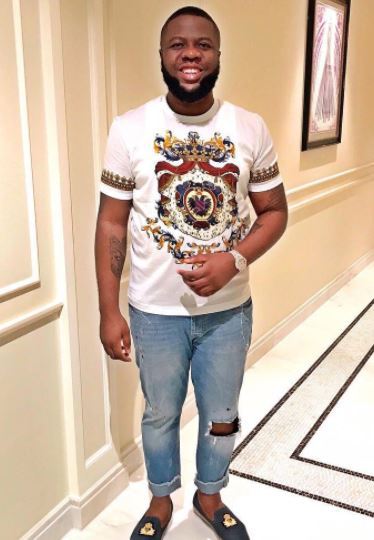 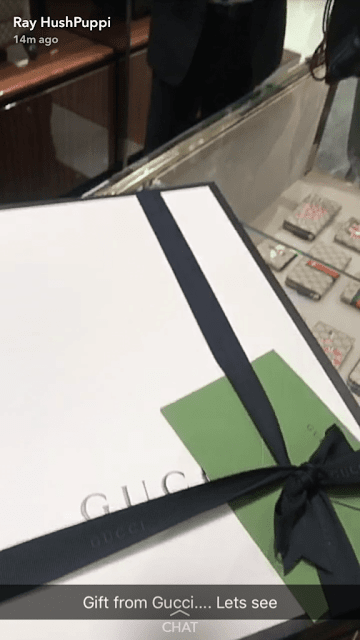 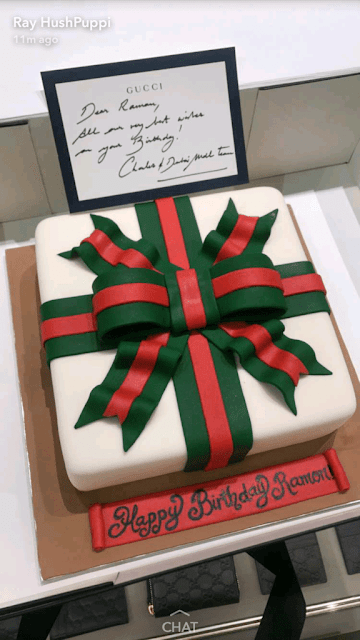 The big boy is currently in Dubai, and of recent, he shared photos of his luxurious shopping at a Dubai Mall, where he tagged himself as a “Billionaire Gucci Master”

He showed off his porter, who trolled his handful Gucci bags, as he posed beside him and another marketer from the store.
He also showed off new kicks which he says are the best thing he bought at the store and that he’d be using it to step on his haters.