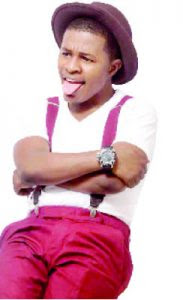 Ajibola, who is popularly known as Spiff in the sitcom, ‘The Johnsons’ told Inside Nollywood how he was able to get the ex-president to feature in his production. He says: “Well, it didn’t take much time, when God wants to bless you, it just happens all of a sudden, and before you know it, things would just start working faster for you. We were at the center of Obasanjo’s rally then. He wanted to do the 2017 youth dialogue, which was four months ago. He was going to be the father of the day while I was the host for the event. I just pitched the idea to my management team and told them I wanted to do this as my little contribution to the growth of the youth. I was ready for the worse. I had already programmed my mind for anything, but when I met him, he loved the idea.”