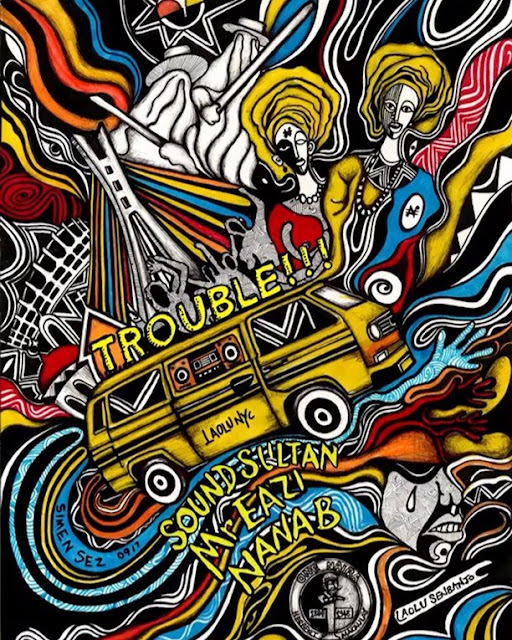 Laolu Sebanjo is a Brooklyn based Nigerian born Performance and Visual Artist, Singer/Songwriter/Musician, Human Rights Lawyer and Activist whose mantra ‘Everything is my canvas’ has seen collaborate with artistes such as Beyonce and brands like Nike.

He’s graced the cover of the Washington Post, had features in the NY Times, Vogue, BBC, CNN, VICE and more. His ever-growing list of collaborations has been with brands like Kenneth Cole, Nike, Equinox Fitness, and artists such as Alicia Keys, Swizz Beatz, Seun Kuti, Tony Allen, Alek Wek, and Danielle Brooks.

Trouble was birthed when Laolu was introduced to Sound Sultan by Seun Kuti backstage at the One Africa concert in Brooklyn and the two had an immediate chemistry. He immediately enlisted the help of Mr Eazi and NanaBcool on the track as well as Simen Sez to do the production honors.